“I design for fat women, skinny women, all kinds of women. My message is, you’re beautiful just the way you are.” 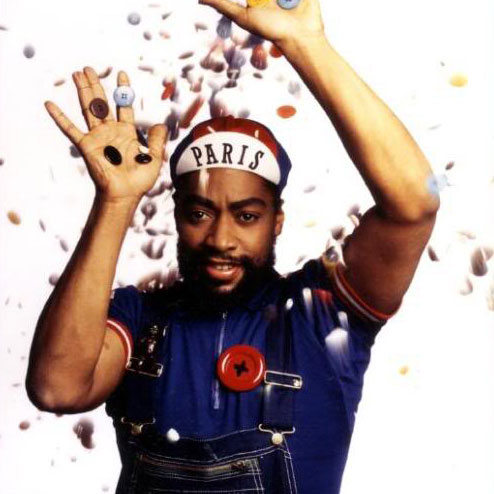 Patrick Kelly grew up in the small town of Vicksville, Mississippi, where he learned to sew in high school. His interest in fashion burgeoned from there, and he eventually moved to pursue his dreams in Atlanta, Georgia, where he met model Pat Cleveland. Cleveland persuaded him to move to New York City, and, ultimately, to Paris. Kelly’s inventive and happy designs took Paris by storm, and he became the first American designer to be accepted into the Chambres Syndicales, a prestigious French organization that governs the quality of French couture and ready-to-wear. Kelly’s career flourished, but was cut short by his premature death from AIDS. The inextricable link to black culture and race in Kelly’s designs remains both a blessing and a curse to his legacy – while his seemingly cheerful reclamation of  racially charged imagery sheds light on longstanding negative stereotypes, his talent is often overshadowed by classification as a “great black designer” rather than simply a “great designer,” a title he equally deserves.